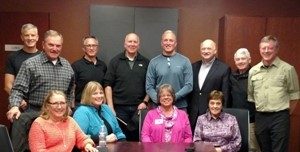 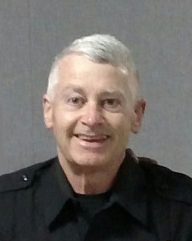 Dr. Tom Jonez is the Assistant Director  for Washington State Chaplain Foundation providing leadership and training to chaplains across the state. He is the President of Plumbline Management Corporation & Plumbline Media Group. He has over thirty years experience in business organizational leadership, including CEO of an INC 500 company, International Telly Award-Winning video producer, Marketing Agency Owner/Director, as well as a business and marketing strategy consultant. Dr. Jonez has served on numerous boards of non-profit agencies, on a volunteer basis.
He is a private real estate investor, an international conference speaker, and the author of numerous articles and books on the topics of organizational development, leadership, and marketing as well as a weekly blog on leadership available at www.plumblinemanagement.com.
Specialties: Company Growth Strategy, Market Leadership Consulting, Award-winning Video Production, Internet Marketing, Graphic Design, Advertising, Social Media Marketing, National Award-winning Advertising.  Raised in the Pacific Northwest, Tom and his wife currently reside in Gig Harbor, Washington.

Larry Godt is the Owner of Emerge Business Strategies. He is passionate about helping organizations achieve & sustain Operational and Leadership Excellence. With over 35 years of experience working in a multitude of industries and across a wide spectrum of company sizes – from small family run to large multi-national corporations – Larry sees the mastery of core operational and leadership principles as the foundation to long-term success. Larry and his team help their clients achieve this mastery by partnering with them to meet their business objectives. This partnership can take on many forms such as executive coaching, leadership development, cultural & operational transformation initiatives, management system implementations, business systems improvement, new product and service development, internal improvement team development, and facility design for innovation. Larry also serves as a Washington State Police and Fire Chaplain and is a graduate of the National Police and Fire Chaplain Academy.

Ryan Spurling was Elected Sheriff in Mason County Washington in November 2022. He is a retired WSP Trooper who lead defensive tactics for the State Patrol Academy and a former U.S. Marine Sgt. Major.  After retiring from WSP he served as the Chief Criminal Deputy for Mason County under Sheriff Casey Salisbury. Sheriff Spurling is now the Chief Law Enforcement Officer for Mason County.

Ted Jackson is a retired State Fish and Wildlife Sergeant and was a member of the Chaplain Advisory Board with the Agencies since it was formed in 2011. He was a Board Member for Washington Council of Police and Sheriffs (WACOPS) and served three years as an Assistant Chief in a Police Department in Pierce County. He is currently the Director of a Non-profit in Mason County.

John Bruun began his career with the Washington State Patrol in 1974 as a Patrol Cadet and retired in 2002 as the Assistant Commander of  Tacoma District 1. He went back to work for the agency as a civilian and then retired again in 2020 with 42 years of service. John was one of the founders of the joint agency Chaplain Program.

Steve retired from the Washington State Chaplain Foundation board in 2019. He is a retired Captain from the WSP and a retired Police Chief from Lake Forest Park.

In 2008, WDFW Chief Bjork created a Chaplaincy with WDFW and in 2011 he worked with the Washington State Patrol to help create the joint chaplain program serving both WSP and WDFW.

Helen Thayer is an internationally recognized Keynote speaker for Corporate and Civic Group programs. New Zealand born, her life is a testament to setting goals and achieving them.  Her list of historical expeditions and accomplishments includes:
First woman to travel alone to any of the world’s Poles when she skied at age fifty to the Magnetic North Pole 364 miles without dog sled, snowmobile, resupply or support.

Helen has an incredible heart for and understanding of the chaplaincy and the role chaplains play in a disaster. She witnessed it firsthand having lost friends in the Oso disaster.

Major General (Ret.) Tim Lowenberg was a Vice President of Gordon Thomas Honeywell Government Affairs Law Firm in Tacoma at the time of his death in 2017. Prior to joining that firm, he was the nation’s longest tenured Homeland Security Adviser and culminated a 44 year military career by serving as the Washington Adjutant General, a governor’s cabinet post he held from 1999 to 2012 where he commanded all Washington Army and Air National Guard Forces, served as the Governor’s Homeland Security Adviser, and administered the state’s homeland security grants, Emergency Management and Enhanced 911 telecommunications programs. He was Chair of Homeland Defense and Homeland Security of the Adjutants General Association of the U.S. and Chair of the Governors Homeland Security Advisors Council. He was also a principal advisor to the Council of Governors facilitating governors’ work with the Secretary of Defense, the Secretary of Homeland Security and senior White House officials.
He was the Chair of the National Guard Bureau Chemical, Biological, Radiological and Nuclear (CBRN) and Security Cooperation Activities General Officer Advisory Councils.

He had a B.A. (1968) and Doctor of Jurisprudence (1971) degrees from the University of Iowa and has completed National Security Management studies at Syracuse University (1985), in-resident Executive Program studies in National and International Security at Harvard University (2000), in-resident Homeland Security Executive Leadership studies at the Naval Postgraduate School Center for Homeland Defense and Security (2007) and in-resident studies in U.S.-South Asia Engagement at Harvard University (2011).
General Lowenberg also served as an Adjunct Professor of Law at Seattle University School of Law and, formerly, the University of Puget Sound School of Law, since 1973 and is a frequent guest lecturer at Seattle University School of Law, the Naval Postgraduate School and other graduate-degree programs.

He was twice  awarded the Defense Distinguished Service Medal (the military’s highest peacetime award) (1999 and 2012) and was honored by Distinguished Service and Meritorious Service awards from twenty-one (21) states. In 2012, he was the National Emergency Management Association (NEMA) Lacy E. Suiter Award honoree for lifetime achievements and contributions in the field of emergency management.